Mario Keissling makes a spectacular comeback after falling away from the leading pack to beat Sebastian Kawa across the line for his 3rd Day win. Now with 30 Grand Prix points, 'Super Mario' is nine points ahead of Kawa with four more race days to go. Mario is having a great competition, but Kawa made a dertermined bid for first place today and has the bit between his teeth.

Maximilian Seis came seventh but he now has a total of 16 points making him third overall after three races.

With a potential four more races to come, it will be the most consistent pilots who end up on the champions podium on Saturday. If Mario can place at least third each day he will block out Sebastian even if he takes line houours on all four days.

But the weather might not be so cooperative. Will there be four more race days or will there be a forced rest on Thursday?  Stay tuned for more exciting racing.

Watch all the  videos at t Race Coverage 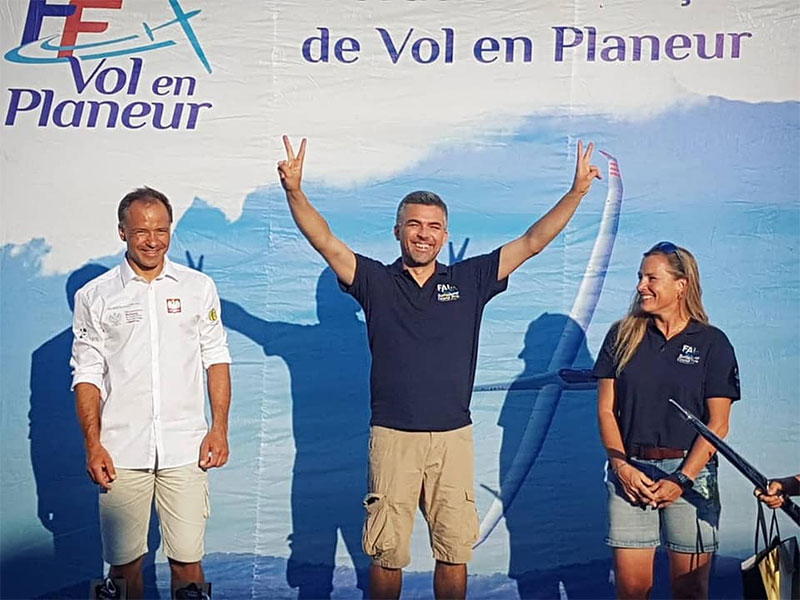