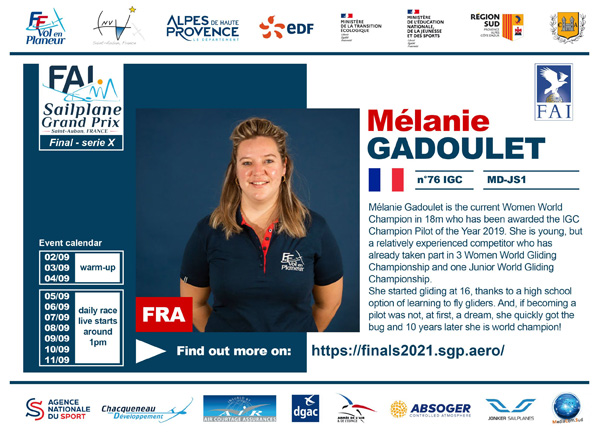 She started gliding at 16, thanks to a high school option of learning to fly gliders. When she was young, she was more into swimming, which she practised at a high level. If becoming a pilot was not a dream for her, she quickly got the bug and 10 years later she is the world champion!

She might be quite new in sailplane GP, but she knows St-Auban really well and she is a competitor. It will be really interesting to see her racing in a few days!